Home >
News >
Uncategorized >
Arabic Spelling Bee? Not As Easy As it Sounds

“Meem, ta’,” Fifth-grader Firdaws’s robust voice resounds the bright yellow and black adorned room. She pauses, then continues, “Hamza ‘al alif,” following one of the spelling bee rules of specifying the location of the hamza. “Kha’, rah, tanween alfatiH,” She says smiling as she completes the spelling. “Muta’akhiran.” She ends repeating the word (متاخراً).

The second annual Musabaqat At-Tahji’a (مسابقة التهجئة) or Arabic Spelling Bee was held all day Thursday, March 5, 2020 in the musallah of Al-Huda School for grades kindergarten through eighth-grade. The competition is separated by grade levels and continues for several rounds until about five contestants are narrowed down.

“Barak allahu feeky, Firdaws,” Arabic teacher, Sister Areej, responds on the microphone which translates to ‘May Allah bless you’ as she reads the next word on her list. She says, “Kalimat: Al-Haywanat.” The next contestant is asked to spell the Arabic word (الحيوانات) meaning ‘the animals’.

“An Arabic spelling bee is different from an English spelling bee because of the rules that are learned each year.” Arabic Department Head, Sister Naima Mustapha. “This is why the spelling competitions are grade-level specific.”

Sister Naima described that the sukoon (السكون) and short vowels (e.g. harakat) are introduced in kindergarten whereas the shadda (الشدة) isn’t introduced until first grade. Second grade arabic students learn about anwa’ al hamza (أنواع الهمزة) which are the different types of hamzas.

Because each grade level is narrowed down to about five contestants, the contestants don’t always know who the winner is. They face At-tahadi, “التحدي” which is a ‘challenging round’ with words the students were not given previously. The 1st place, 2nd place and 3rd place winners will be announced Tuesday, March 10 on Arabic Day.

For older grades, the competition is a little different.

“Each class is assigned a country to research and presents a poster about it.” Sister Naima explains the Arabic competition for grades 9th through 12th. Sister Naima strives to make the competition as fair as possible and brings in judges from other departments as well as the community.

“I think it’s amazing that kids from all over the world who didn’t speak Arabic growing up can learn it,” Dalia Elamawy, fifth-year Quran teacher and spelling bee judge explains that the competition is not limited to or preferable for native Arabic speakers. “I love that the 1st, 2nd and 3rd place winners are often non-arabs.”

Although Arabic is taught as a separate course from Qur’an, Sister Dalia explains that the two remain hand-in-hand. “It shows you how universal our deen is. Arabic is easy to learn but requires a lot of effort.” 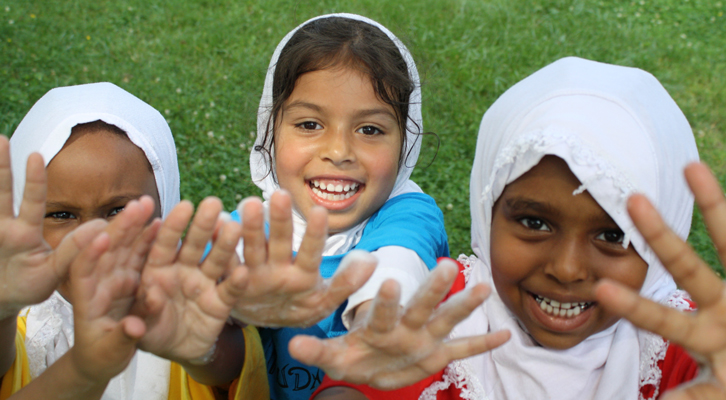